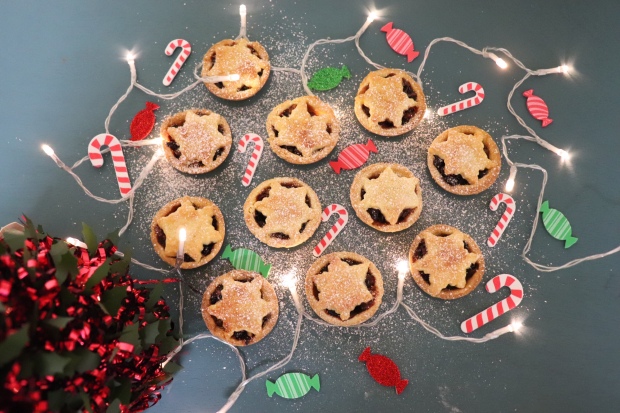 My mother in law does this mince pies every year and they are so good I had to follow her recipe and tradition myself.

My husband doesn’t have a sweet tooth, in fact he hates chocolate. (I know! What a weirdo! Lol). But this the only sweet thing he actually enjoys so I had to make them!

One you try this recipe you will never be able to eat store bought. This literally melts in your mouth.

Let’s start with the mince recipe. The thing is, mince needs to be left in the jars for a few days or weeks so it tastes nicer.

This mince I me today 11th of December will be used around the 23th to make more pies.

If you can’t bother waiting, you can buy the filling already made and just make the pastry yourself. 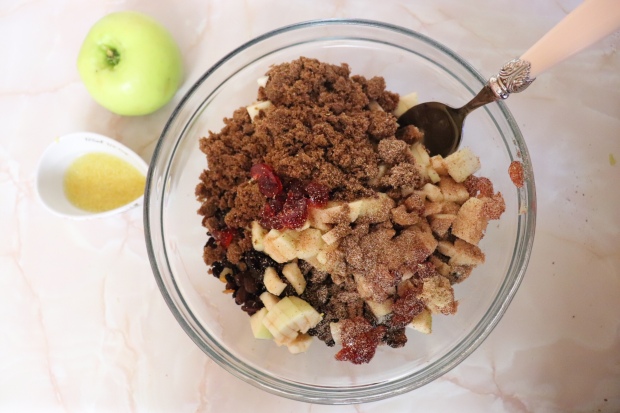 1. Grate the lemon. Slice it and juice it a bowl. Set aside.

2. Place the all the fruit, sugar and spices in a bowl

3. Mix in the lemon mix, brandy and melted stork.

4. Mix well and place in spotlessy clean glass jars. Leave them in the jar for at least a week before using. The longer you live them the nicer it tastes

Leave them in a dark cool place. 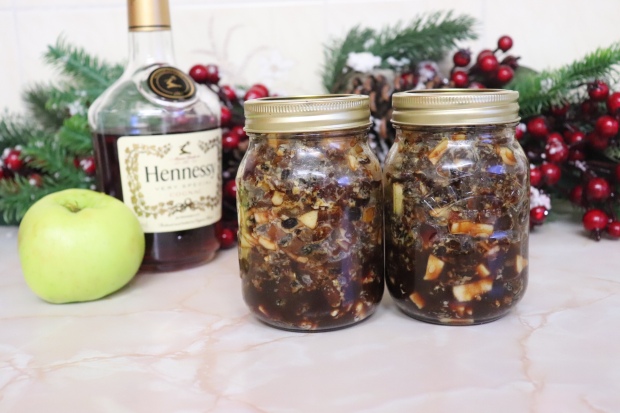 Now, the nicest part: the pastry! 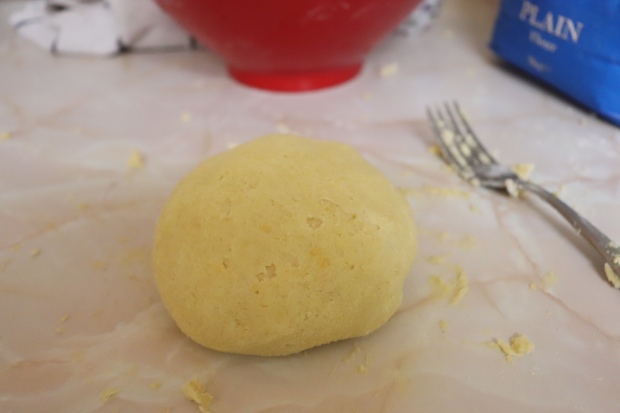 In a little bowl mix together: 1 egg yolk, 1 tablespoon of ice cold water and 1/2 teaspoon lemon juice) don’t throw away the egg white as you will use it to brush the pies at the end.

1. Sieve flour and sugar together

2. Place half of the flour mix in a mixing bowl and mix in the egg mix (water, egg yolk and lemon) With the stork

3. Cream with a fork until well mixed

4. Add the remaining flour and mix until you have a firm dough.

5. Knead lightly until smooth. Wrap with cling film and leave inside the fridge for an hour.

2. Roll out half of the pastry (keep the other half in the fridge)

3. I used a glass to cut the circles slightly bigger than the tins

5. Place 1 teaspoon of the mix in each circle. (Don’t put more that a teaspoon otherwise they will over flow)

6. Roll out the remaining dough. Cut into more circles (slightly smaller that the ones you did for bottom) or cut into stars for a fancier look. Brush the edges of the stars with water and stick on top of the circles. Seal with your fingers. 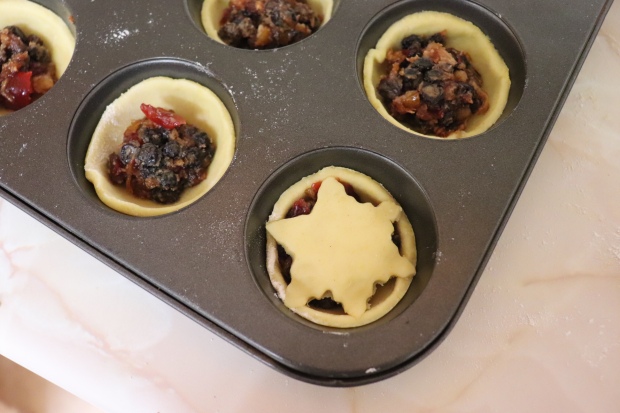 7. if you do the tops with circles mark two little slits on top in the center

8. Lightly beat the leftover egg white with a fork. Brush the pies and sprinkle some caster sugar on them. 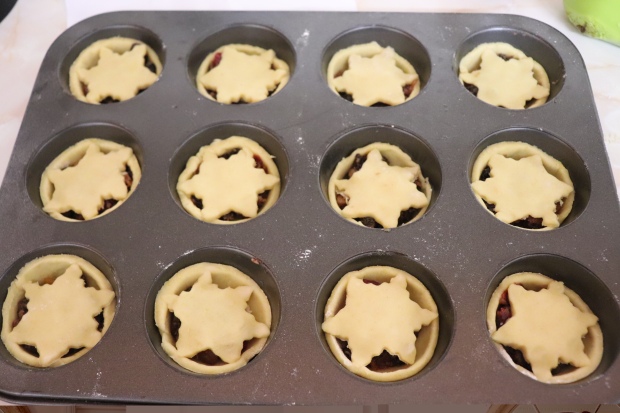 You can let them cool and freeze them and reheat from frozen.