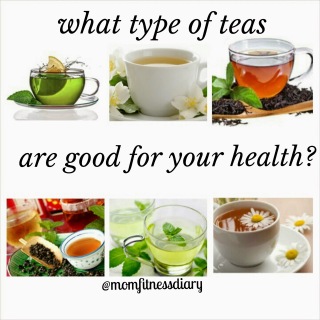 Green Tea: Green tea is full of antioxidants called catechins;  may ward off everything from cancer to heart disease, says Karen Collins. One study found that each daily cup of green tea consumed may lower the risk of cardiovascular disease by 10 percent.

In terms of weight loss, green tea contains high concentrations of catechin polyphenols. These compounds work in the body with other chemicals to heighten levels of fat oxidation and thermogenesis (a state created in the body by burning fat as fuel). On average, you should try to consume a minimum of 3 cups of green tea per day for weight loss effects. Green tea has also been shown to be preventative against cancer, heart disease and high cholesterol.

White Tea: White tea is another health multitasker. It offers the same potential cardiovascular and cancer-fighting benefits as other teas. And some research suggests that it may offer benefits to people with diabetes. A study found that consuming white tea resulted in improved glucose tolerance and a reduction in LDL cholesterol.

Black Tea: Black tea has high concentrations of the antioxidant compounds known as theaflavins and thearubigins, which have been linked to lower levels of cholesterol. Research has shown that people who drink three or more cups of black tea daily may cut their risk of stroke by 21 percent.

Oolong Tea: It may aid in weight loss. “Oolong activates an enzyme responsible for dissolving triglycerides, the form of dietary fat that’s stored in fat cells,” says Baer. One study showed that women who drank oolong tea burned slightly more calories over a two-hour period than those who drank only water.

Peppermint tea: Peppermint oil, in this tea, is effective at reducing abdominal pain and diarrhoea in people with irritable bowel syndrome. Sipping a cup after a meal helps by relaxing the muscles of the intestinal tract

Drinking peppermint tea is good to relieve the symptoms of abdominal gas and bloating, and to relieve muscle spasms. It’s also good for nausea (without vomiting) and for heating up the body and making it sweat. If indigestion or heartburn problems.

Chamomile: According to Japanese researchers, ‘daily consumption of chamomile tea with meals could contribute to the prevention of the progress of hyperglycemia and diabetic complications’. As well as cutting blood-sugar levels, it appears chemicals in chamomile block activity of an enzyme associated with the development of diabetic eye and nerve damage.


A gentle calming and sedative tea made from flowers, chamomile tea can be helpful for insomnia. It can also be helpful with digestion after a meal. Huska recommends chamomile in cases of cough and bronchitis, when you have a cold or fever, or as a gargle for inflammation of the mouth. Be sure to steep it well to get all the medicinal benefits.

One thought on “Healthy Teas To Drink” 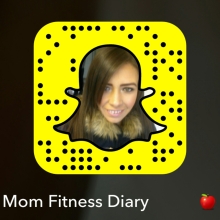